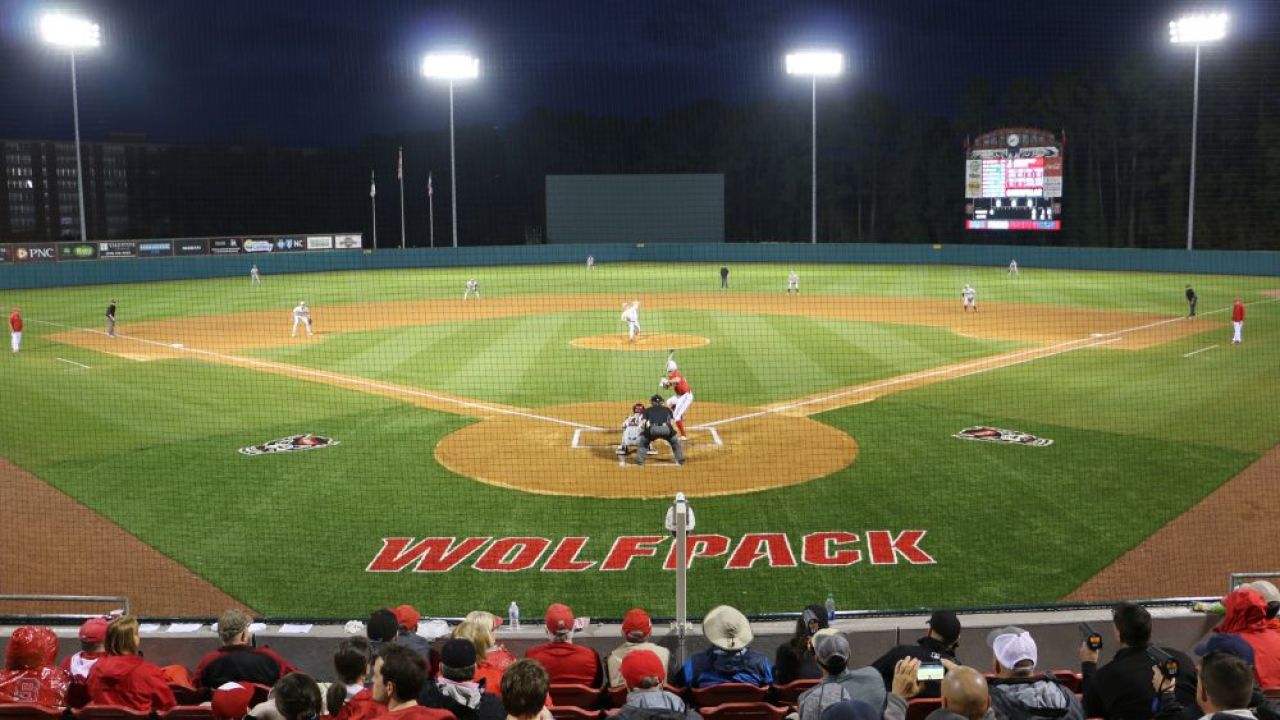 This week’s Featured Application comes to us from Brad Church with The Turf Mall.  Brad and his team designed and installed the turf behind home plate at Doak Field in time for the 2019 season for the NC State Wolfpack Baseball team.

The NC State Baseball halo design differed from a traditional baseball halo.  Halos are designed to provide a solution for high traffic areas around and behind home plate.  Typically, halos ring the home plate circle, using the school’s colors. 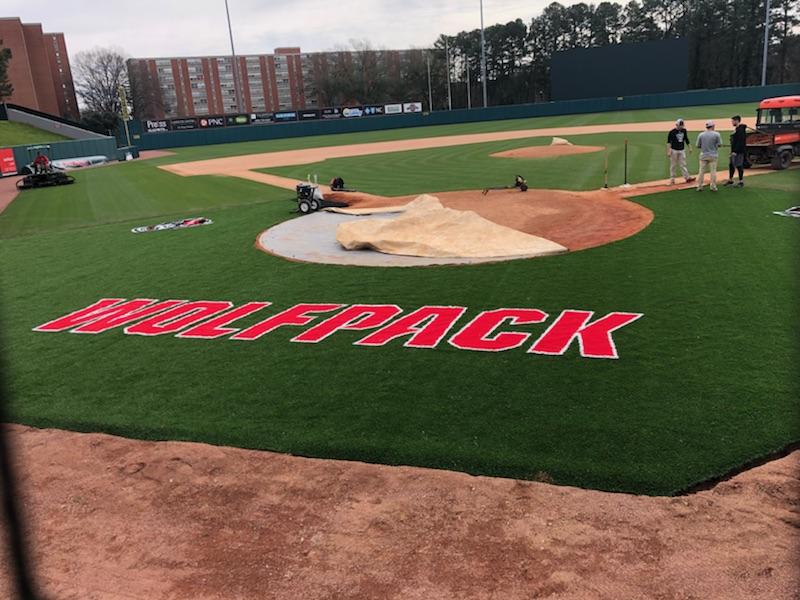 Brad and the Turf Mall team worked with the existing nailer board around the warning track.  They replaced the existing short pile Pro Ball Turf with about 2500 suare feet of STI’s Ultimate World Series product.  Ultimate World Series features a taller pile construction that provides a more natural look and numerous color options.  And because it takes infill, it can stand up to the traffic and wear better than what was already in place. 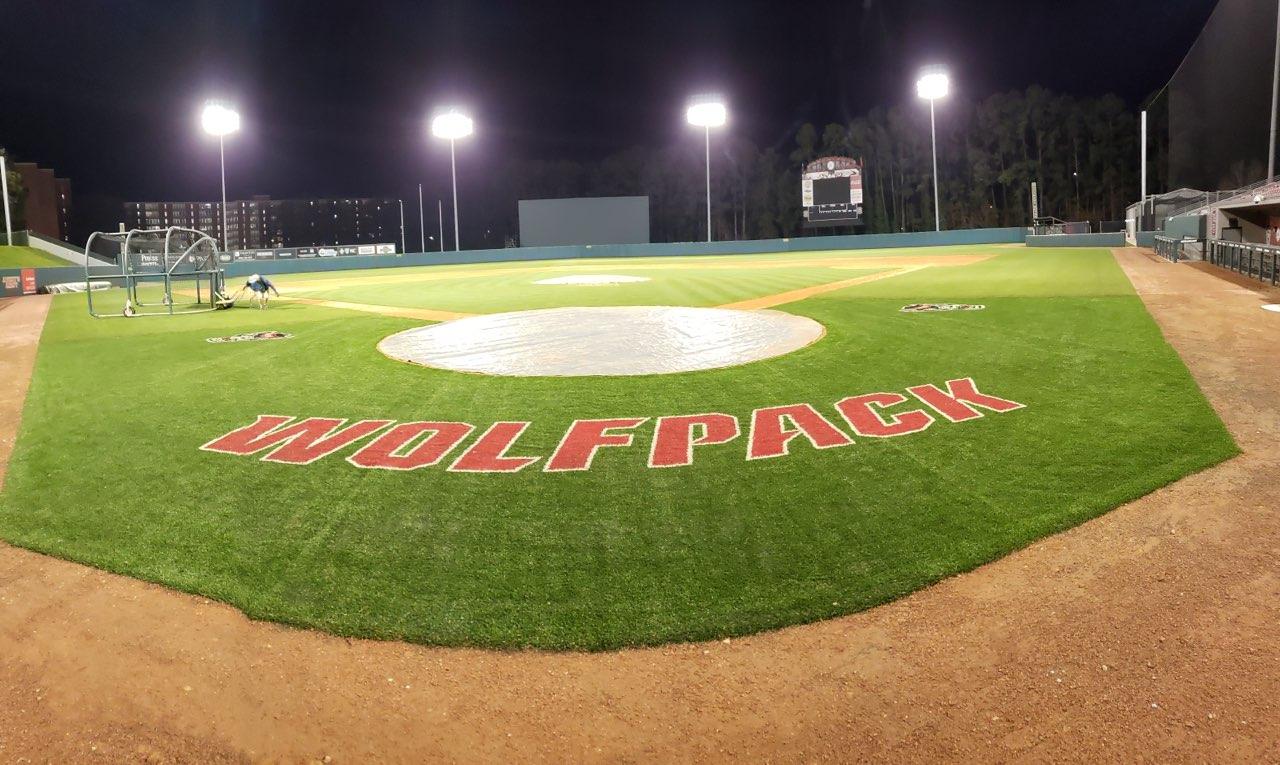 NC State wanted to add some color to the design.  They incorporated their Wolfpack font into the turf, along with their Tuffy  the Wolf logo.  Both the text and the logos were made using Ultimate World Series turf.

Doak Field has been the home to NC State Baseball since  it opened in 1966.  The park underwent a $6 million renovation in 2004.  The Wolfpack won their first 12 games of the 2019 season on the new turf.