EZTee® Poly is designed specifically for driving ranges and delivers the consistent performance and durability that the finest courses in the world demand.  In 2019 Oakland Hills’ South Course was the No. 20 ranked course in the United States according to Golf Digest.  Both the North and South Courses share the tee line.

We dropped in at Oakland Hills in July to chat with their staff about the tee line and see how it was holding up after more than three years of service.

The tee line is usually used an average of three days each week.  The club uses it for outside events on Mondays, golf leagues on Tuesdays and usually one other day through the week.

“It received quite a bit of use this Spring, we had a very cold and wet Spring, so our natural grass couldn’t keep up with demand,” one of the assistant pros said.

The tee line is five feet by 110 feet, and butts up to a paver sidewalk at the back of the practice range. 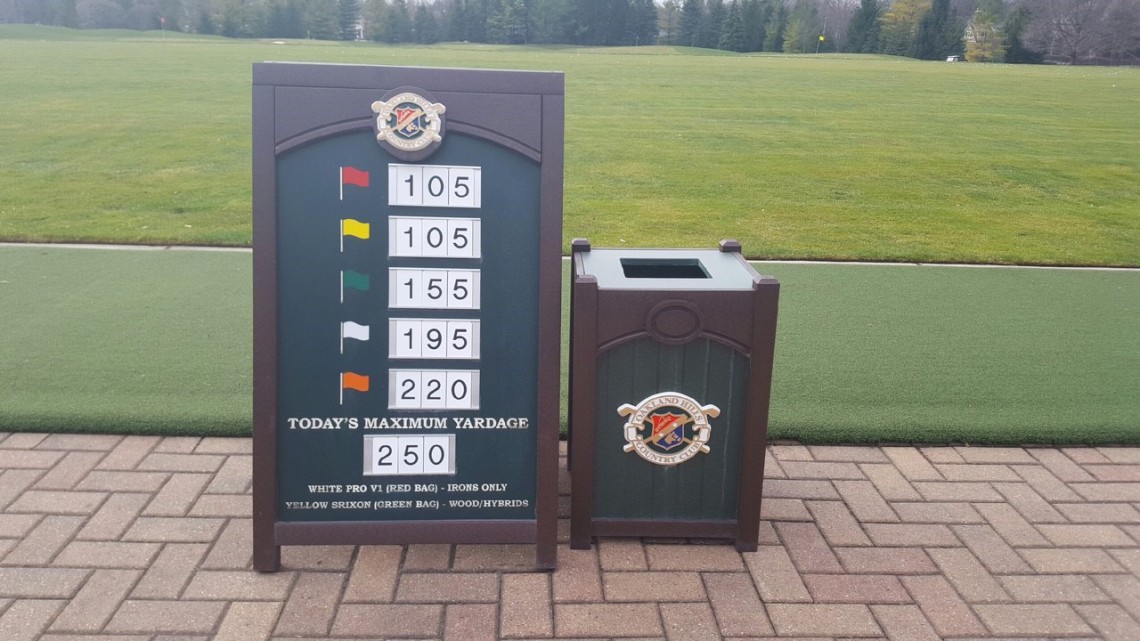 The South Course, which was designed by renowned architect and designer Donald Ross,  has played host to more than a dozen Major Championships including: six United States Open Championships; two U.S. Senior Opens; the U.S. Men’s Amateur in 2002; the Western Open (a major at the time it was played); the 35th Ryder Cup in 2004; and three PGA Championships, including the 90th PGA Championship in 2008.  It was also the site of the last U.S. Open for Jack Nicklaus (1961) AND Tiger Woods (1996) to compete as amateurs.

It’s no wonder that EZTee® synthetic tee line products have earned rave reviews at thousands of clubs since 2002 or that STI has been the chosen provider for 18 U.S. Open host courses and dozens of others among the top 100 worldwide. EZTee® is appropriate for tee lines, hitting mats, tee boxes or any practice facility. This innovative synthetic turf system gives your practice area a sleek look and a natural feel at impact. 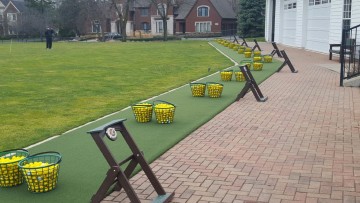 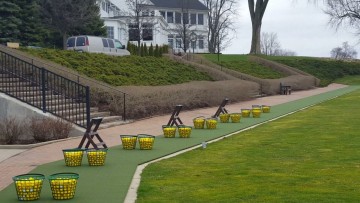 Visit our application page for more information, browse our gallery for ideas and contact Synthetic Turf International® to Experience a Greener World!